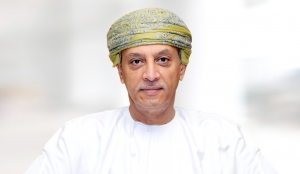 Board of Directors Report

On behalf of the Board of Directors, I am pleased to present the second quarter financial results of Oman Arab Bank Group for 2022.

The macro economic environment in Oman has improved on the back of higher oil price and the lift of all precautionary COVID-19 restrictions. In its recent report, the International Monetary Fund (IMF) projected a positive outlook for Oman’s economy over the medium term, benefiting from increased hydrocarbon production and continued recovery of non-hydrocarbon activities. This is a positive indication of the economy’s rebound and recovery efforts following the pandemic.

The IMF report comes in line with the recent Fiscal Performance bulletin issued by the Ministry of Finance in July 2022, which revealed that the Sultanate’s public revenues increased by 54.2% in the first half of 2022, mainly due to the surge in oil and gas prices. In addition, the state’s general budget recorded a surplus of OMR 784 million at the end of June 2022, compared to a deficit of OMR 1,108 million for the same period in 2021. The Ministry affirmed that the surplus will be directed to support economic recovery by increasing expenditure on high priority development projects and reducing the national debt.

Globally, the IMF revised its projections for global economic growth downwards due to the ramifications of the ongoing global conflicts, rising inflation in many countries due to the supply-demand imbalances during the pandemic, and tightening of monetary policy.

On the regulatory and legislative fronts, the Central Bank of Oman recently issued the Financial Consumer Protection Regulatory Framework for licensed banks and Finance and Leasing Companies (FLCs) operating in Oman.  The aim of the framework is to ensure consumers have access to financial services, build consumer confidence in the sector and raise awareness of financial products and services. It also seeks to create healthy and competitive financial markets that adopt the international best practices across the sector, alongside achieving financial inclusion and strong economic growth.

Our performance for the first half of 2022 shows a consolidated net profit after tax of OMR 7.0 million compared to OMR 10.5 million for the same period in 2021. The lower profit was driven by the non-repeat of OMR 5.9 million recorded in the last year which represents the receipt of insurance claim filed following the fraud incident reported by the bank on 22 December 2020. Excluding this one-off income of OMR 5.9 million, the net profit before tax for the first half of 2022 increased by 33% over the same period of 2021.

Net interest income from conventional banking and net income from Islamic financing services reached OMR 48.9 million for the six-month period ended 30 June 2022, up 13% compared to the same period in 2021, driven by a healthy growth in the loans portfolio.

Net allowances for credit losses recorded OMR 16.4 million in the six-month period ended 30 June 2022 compared to OMR 14.6 million for the same period in 2021. This increase was driven by higher expected credit losses in the wholesale segment, and in line with the prudent and proactive approach adopted by the Bank under the current challenging market conditions.

Oman Arab Bank recorded a net profit after tax of OMR 4.2 million in the first half of 2022. Excluding the one-off income of RO 5.9 million of Insurance claim recorded in the last year, the net profit before tax for the first half year of 2022 increased by 31% over the corresponding period of 2021.  Similarly, the operating income and the operating profit have shown healthy growth of 7.4% and 13.6%, respectively, compared with the first half of 2021, after adjusting for the insurance claim of OMR 5.9 million. Net interest income (NII) grew by 11% driven by a healthy growth in the loan portfolio. Operating expenses increased marginally by OMR 0.9 million to reach OMR 26.7 million in the six months period ending 30 June 2022 compared to OMR 25.8 million in 2021.

The Bank continues to enhance its digital banking platforms to deliver a consistently superior customer experience. It recently facilitated the Amana payment services gateway to enable e-commerce transitions as an exclusive payment provider for a number of private and government entities.

The Bank also continued to upgrade its online banking platform and integrated the Bank’s loyalty programme (OAB Rewards) into the online banking app, making the experience more seamless, and user-friendly. The (OAB Rewards) programme was designed to reward customers with points for purchases made using OAB credit cards; the more they spend, the more they get rewarded. Customers can redeem their Reward points in exchange for exciting benefits and rewards as paying for purchases at partner retailers through OAB POS machines, or they can receive cashback directly to their bank accounts via the OAB online banking app.

Alizz Islamic Bank continues to invest in its mobile banking app by introducing new features, including the ability to customise the app’s interface to be more appealing and accessible, alongside providing options for users to apply for various banking services and products. These innovations have resulted in a positive uptake by customers, with a 26% growth in number of users over the last year.

In line with OAB’s focus on promoting and developing local talent, and in its endeavour to promote financial inclusion and cater for all segments of society; the Bank delivered a sign language training programme to over 100 employees across the branch network. In addition, the Bank equipped 14 branches around the Sultanate with all the necessary facilities to offer banking services to individuals with hearing impairments and speech disabilities.

The Bank also delivered a series of workshops focusing to over 400 employees on the Common Reporting Standard (CRS) and the US Foreign Account Tax Compliance Act (FATCA) to foster a strong compliance culture within the Bank.

Alizz Islamic Bank recently launched the “Ruwad Alizz” programme, a holistic and accelerated development programme for mid-level leaders, in collaboration with Harvard University. Sixty candidates will be completing the certification programme each year for six consecutive months. In addition, the candidates will be mentored by members of Alizz’s Senior Management team to support them along their leadership journey.

Stemming from its commitment to the community, OAB conducted a training programme during the second quarter of 2022, entitled “Innovative Women in the Workplace”. This was aimed at supporting the efforts of the Omani Women Association through the empowerment of women and building their capacities across various work environments to advance their careers.  It also sought to boost their productivity by developing their critical thinking and problem-solving skills to overcome challenges.

Under its sustainability pillar of financial inclusion, the Bank launched its “Financial Literacy” video series, to promote financial well-being among Omani youth. The topics address the complex financial decisions that our youth need to make in their day-to-day lives: Buying or renting a house, saving, buying a new car, getting married, and starting a new business. The series seeks to bridge the knowledge gap and promote better spending habits to help them pursue better financial goals.

As a testament to its efforts towards supporting local communities, OAB was recently honoured by the Ministry of Social Development with an award for its Corporate Social Responsibility initiatives. The Bank continues to collaborate with local not-for-profit organizations for the purposes of supporting as many people as possible across the communities in which we live and work in the Sultanate. The objective is to grow alongside our shareholders, employees, customers and the community through sustainable practices. Receiving this award is a testament to the Bank’s work to support Oman’s 2040 vision and socioeconomic agenda.

In line with the spirit of giving during Ramadan, Alizz Islamic Bank launched the “Alizz Iftar Sa’yim” initiative for the ninth year running and distributed 400 food packages to low income families throughout major cities in the Sultanate.

On behalf of the Board of Directors, I would like to thank the regulatory and supervisory authorities represented by the Central Bank of Oman and the Capital Market Authority for their continuous support. I would also like to thank our shareholders, customers and employees for their continued support, confidence and trust. I would also like to extend our utmost appreciation to His Majesty Sultan Haitham bin Tarik – may the Almighty protect and preserve him – for his wise leadership. May the Almighty protect Oman, its leader and its people.