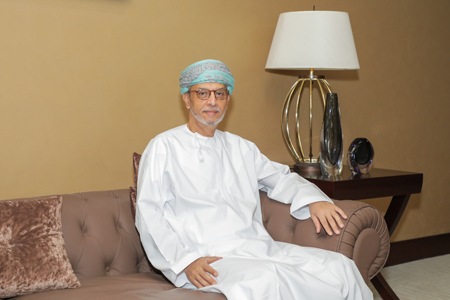 Mr. Rashad Al-Zubair is the Chairman of the Zubair Corporation (“Z-Corp”), a leading business group in the Sultanate of Oman, with business interests extending to Automotive, Energy & Logistics, Engineering Construction & Contracting, Financial Services, Manufacturing and Real Estate & Hospitality. He steers the affairs of the Board, and acts as its representative in major matters and significant business relationships. Before taking over his current position in 2010, he has been President of Zubair Automotive, and thereafter Group President of The Zubair Corporation for a number of years.

Mr. Al Zubair has held directorships (including the office of Chairman), in several prominent joint stock companies. He was the Deputy Chairman of the Oman Business Council and member of its founding Directors. Until recently he was the founding Chairman of Oman German Friendship Association. He also served as Director of the Capital Market Authority, the regulatory body of the Muscat Securities Market and is a member of the newly formed Oman Centre for Governance & Sustainability. 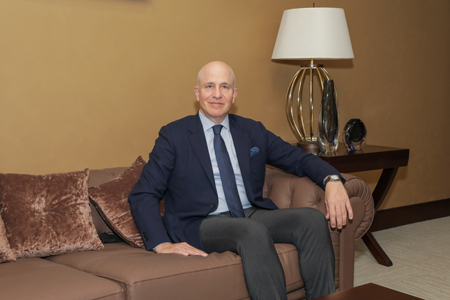 Mr. Wahbe Tamari is currently Chairman of the Board of Arab Bank Switzerland Ltd. and Arabia Insurance Company SAL. He is also an active member of the board of Arab Bank Plc, Sucafina SA, Solidere International Plc, as well as a number of other companies active in various domains. He leads numerous projects in financial services and real estate. His deep understanding and passion for commodities began with his internship at Merrill Lynch London in 1982; later he joined Sucafina SA, a company established by and belonging to his family which he managed between 1988 and 2004. Sucafina SA is a leading sustainable Farm to Roaster coffee company, with a family tradition in commodities that stretches back to 1905. Today, with more than one thousand employees spread over thirty countries, Sucafina Group is one of the leading coffee trading houses in the world, and one of the few focused entirely on the coffee business. Sucafina Group’s extensive supply chains span from producer-facing export operations to destination sales offices around the world.

Mr. Tamari is an active member of YPO (Young President Organization) having previously taken the lead of their Alpine Chapter and serves on a variety of philanthropic councils that mainly focus on the education of young people. He sits on the board of LIFE (Lebanese International Finance Executives) a global network of Lebanese professionals working together towards a brighter future, and on the Board of the Tamari Foundation whose mission is to be a catalyst for change through a variety of educational initiatives and projects focusing on human well‐being within developing nations. Mr. Tamari resides in Abu Dhabi and was born in Beirut, Lebanon. He is a graduate of Webster University Geneva with a BA in Management and Harvard Business School in 2013. 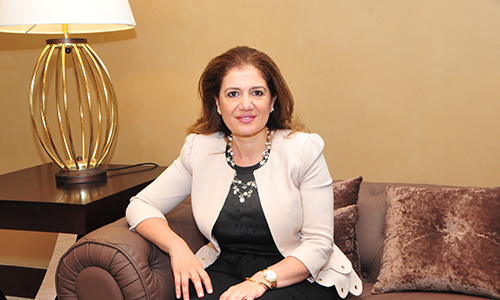 Ms. Randa El Sadek is currently the Chief Executive Officer of Arab Bank in Jordan. Previously, she was holding the position of deputy CEO of the Bank. She has more than 30 years’ experience in international sector. She worked with the National Bank of Kuwait for 23 years where she was the Group General Manager of the International Banking Group in charge of the bank’s international activities, branches and subsidiaries worldwide. She was a member of the bank’s Management Executive Committee and served on the Boards of Directors of the bank’s overseas subsidiaries and was Managing Director of London based National Bank of Kuwait (International) Plc.

Ms. Randa El Sadek holds an MBA in Finance from the American University of Beirut. 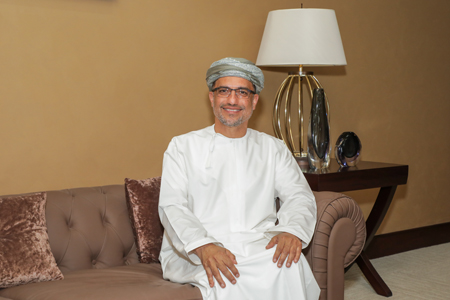 Mr. Abdulaziz Mohammed Al Balushi is the Chief Executive Officer of OMINVEST, major shareholder of Oman Arab Bank. He is an experienced and professional banker with more than 28 years of experience in the banking industry and capital markets. He was the CEO of Ahli bank SAOG from 2007 to 2013 and was primarily responsible for converting a single product mortgage bank into a full-fledged commercial bank.

During his tenure, Ahli bank won many prestigious awards including the best bank of Oman for three consecutive years by OER, the best bank in Oman 2012 by World Finance and the Bankers award 2013. In a career that has spanned over two decades, Mr. Al Balushi has held positions of increasing responsibility in all major areas of Banking. He started his career with Oman International Bank and prior to joining Ahli bank, he was Deputy CEO of National Bank of Oman. He holds Master of Science Degree in Finance from the University of Strathclyde (UK) and a Fellow Chartered Institute of Bankers (UK). He has attended a host of Specialized Executive Management Development Programs at International Institutes of worldwide repute such as Strathclyde; London and INSEAD Business Schools. In November 2012, he was ranked as the “Second Best CEO in the Arab Banking World” by Forbes Magazine.

Mr. Al Balushi served in various Boards of companies across the Sultanate including ONIC Holding, Al Ahlia Insurance Company, National Life Insurance, Oman Investment & Finance Company, Gulf Hotels Co. and as an Advisory Board Member in the College of Agricultural and Marine Services at Sultan Qaboos University. Currently, he is the Chairman of Oman Real Estate Investments and Services SAOC and Salalah Resorts SAOC; and Deputy Chairman of Jabreen Capital. He is also a Board member at Oman Arab Bank SAOG, National Life and General Insurance Company SAOG and National Finance Company SAOG. Additionally, he is a member of Oman American Business Center, an organization formed to foster the development of commercial activity between the United States of America and the Sultanate of Oman. Mr. Al Balushi is also a Fellow of the Institute of Financial Services, an organisation supporting professionalism in financial services. 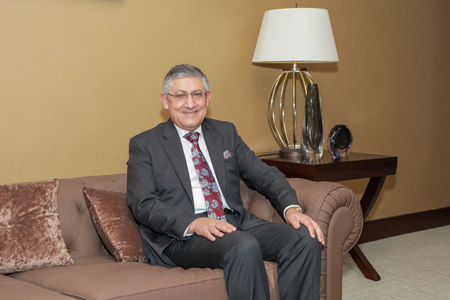 Mr. Walid Al Samhouri is Executive Vice President – Jordan Country Head at Arab Bank. He has a vast banking experience for more than 33 years with Arab Bank where he worked in different geographies and handled various responsibilities in the Corporate and Institutional Banking, Credit, Banking Operations, Commercial and Trade Finance.

Mr. Al Samhouri is the Chairman of Arab Sudanese Bank -Sudan, and a board member of Arab Tunisian Bank, Tunisia. He is also a board member in Jordan Loan Guarantee Corporation, Jordan. He holds a Master’s degree in Economics from the University of Jordan. 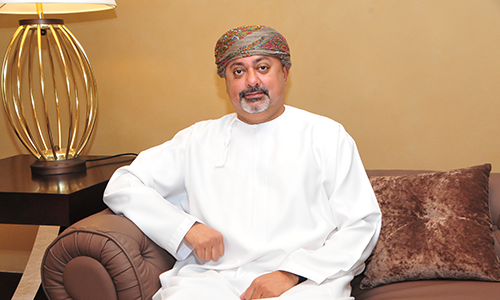 Mr. Imad Sultan joined the family business at W. J. Towell & Co. LLC, (a major diversified family-owned corporation since 1866) as a Business Development Manager in 1995 and has been in the Towell Group since then. He is currently the Vice Chairman & Managing Director of W. J. Towell & Co. LLC, and the Chairman of the Executive Committee of the Group. He is also the Vice Chairman of National Hospitality Institute SAOG, Board Member and Chairman of the Nomination Committee and Member of the Executive Committee at Muscat Stock Exchange. In addition, Mr. Sultan is a Board member of Savannah Resources PLC. Formerly he served as a Director on the Boards of National Bank of Oman, Oman International Development & Investment Company SAOG. (Ominvest) and Oman Tennis Association among others. He holds a Bachelor of Science in Business Administration degree in Marketing from the American University in Washington DC, USA and has been a member of the Young Presidents Organization since 2005. 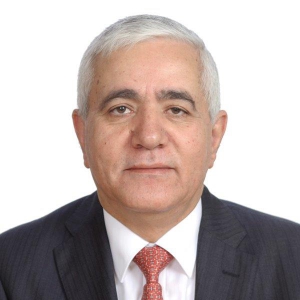 Mr. Al Ghanamah occupied several positions between 1976 and 2010 across major regional banks, including the Saudi American Bank, Riyadh in the Kingdom of Saudi Arabia, the United Saudi Bank and the Banque Saudi Fransi. He also worked at the Gulf International Bank in Bahrain and Cairo Amman Bank in Jordan.

Mr. Al Ghanamah has over four decades of experience in the banking and management field. He is a member of several Boards of Directors, including the Islamic International Arab Bank, where he holds the position of Deputy Chairman of the Board, as well as the Arab National Bank in Saudi Arabia, the Arab Bank in Syria and T-Bank in Turkey. He is also a Chairman of the Supervisory Board of Arab National Leasing Company, Jordan and Deputy of Supervisory of AB invest in Amman, Jordan. He holds a Bachelor of Science degree in Mathematics from King Saud University in Riyadh, Saudi Arabia and a Diploma in Computer Programming from London. 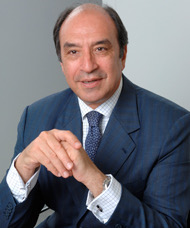 Mr. Nasri Malhamé served as the CEO of Arab Bank (Switzerland) from 2009-2017. He is a board member of various entities, Arab Tunisian Bank, AB Fund Managers-Guernsey, Ubhar Capital-Oman and Chambre de commerce Arabo-Suisse, Geneva.  He was also appointed as board member in Banque Du Crédit National-Lebanon.

Mr. Malhamé has previously worked at B.A.I.I. Paris, an affiliate of BNP, after that he joined BNP Paribas-Geneva as an Executive Director in charge of Private Banking and Trade Finance for Southern Europe and the MENA region, and was appointed as a member of the Executive Committee in 2000. He holds a Ph.D. in Banking and Management from Université Paris Dauphine and has set up his own consultancy firm, NVM Consulting. 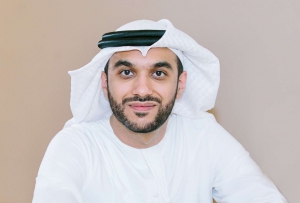 Mr. Yasir Badri is part of the Direct Investments team at Mubadala Investment Company – a sovereign investment arm of the Abu Dhabi government, managing a diverse portfolio of assets and investments worth more than USD 230 billion in the UAE and abroad. He has been with Mubadala since 2009 and currently serves as a Vice President in the Financial Services unit, focused on executing Mubadala’s investment strategy in the space through fund, private, and public investments. Prior to his role in Financial Services, Mr. Badri worked in the corporate Mergers and Acquisitions team, responsible for providing transaction execution support to multiple investment units at Mubadala. Before that, he worked in the financial risk management department under Mubadala’s corporate treasury.

Mr. Badri holds a Bachelor’s in Science of Finance degree from the American University of Sharjah (AUS). He is also a certified Chartered Financial Analyst (CFA) since 2013.